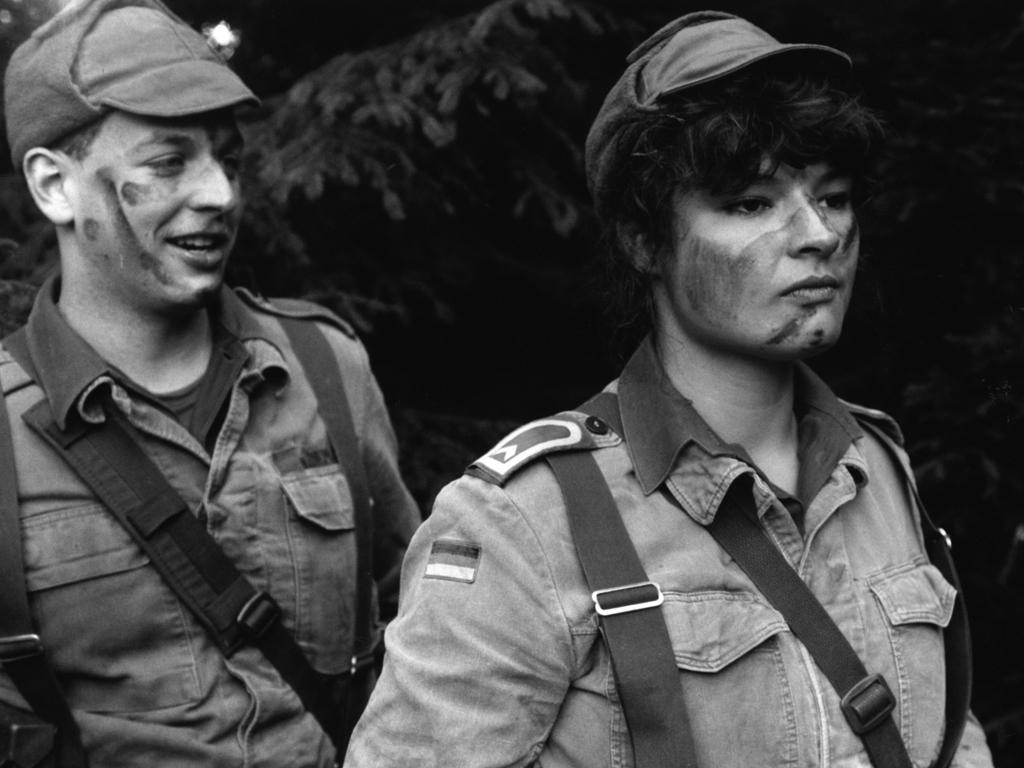 When the women’s movement started at the beginning of the 1970s, women were still completely barred from serving in the German Armed Forces (Bundeswehr). Although the Bundeswehr opened up careers in the medical and musical corps to women in 1975, women continued to be excluded from combat roles. This was justified with references to women’s “nature” and “calling”.

In 1978 Alice Schwarzer was the first voice to call for the full voluntary admission of women to combat roles because she rejected the biological dogma that underpinned the weapons ban. This was the beginning of a heated debate because large sections of the women’s movement also reject Schwarzer’s demands as “militaristic”. Many women were active in the peace movement and adopted the traditional notion of woman’s “natural peacefulness”. (see our text about motherhood and the feminine in patriarchy). It was only in the mid-1990s that the first (mostly conservative) politicians demanded access to combat roles for women. In 2000 the European Court of Justice ruled that the weapons ban for women amounts to an occupational ban and therefore violates EU anti-discrimination directives. On 2 January 2001, the first women began their service, including weapons training, with the Bundeswehr. An unlimited career in the German army was, thus, for the first time available to them.

After a change to the Soldatenlaufbahngesetz, the Bundeswehr opens up careers in the medical and musical corps to female soldiers. In these areas, women could also chose to pursue a career as an officer. The female soldiers are given weapons training, however the weapon is only for self-defence and not for use in combat. After the introduction of compulsory military service in 1955, Article 12a determines: “They [women] may under no circumstances serve in combat roles.” This was justified by the Parliamentary Committee on Legal Affairs with the statement that “our view of women’s nature and calling forbids service in combat roles.”1

In her column in EMMA, Alice Schwarzer is the first public voice in Germany to call for the unrestricted voluntary access for women to the Bundeswehr to include combat roles. Although Schwarzer – a staunch pacifist – declares that she herself would be a “conscientious objector” were she a man, she analyses the categorical exclusion of women from the “Männer-Militär” [“male-dominated military”] as “the most extreme expression of the division of labour between men and women” and postulates: “With the same radicalism with which we women resist confinement to the domestic hearth and demand access to all important areas of society, we have to ask ourselves what our relationship to the military really is.”2  This marks the beginning of a heated debate within the women’s movement.3

Due to a shortage of new recruits, the Minister of Defence Hans Apel (SPD) declares that he wants to improve access to the Bundeswehr for women, after a commission recommended this measure to remedy the personnel shortage.4“ I am in favour of opening up career opportunities for women in the Bundeswehr. Why should they not be able to become transport pilots? I know that many men will have a screaming fit, but that doesn’t bother me. Women can also be employed in telecommunications or air traffic control.”5

At this time 47,000 women are already working for the Bundeswehr. Countries such as Belgium, the Netherlands, France, Norway, Israel, the USA and Canada as well as the GDR permit women to serve in combat roles.6

In the same month, EMMA publishes on the pros and cons of the subject. Alice Schwarzer pens the argument for women in the Bundeswehr and declares: “I am also against the Bundeswehr (and would have preferred a neutral, military-free FRG after the Third Reich). I am also and have always been for disarmament. However, it’s not pacifism that is responsible for the exclusion of women from combat roles, but sexism!”8 Schwarzer also points out that women on the “home front” were just as often casualties as the men on the battle front: “We were always good enough to be the victims, even without the right to act ourselves. People died as frequently behind the front as at the front (in the Second World War there were 27,843,000 military casualties and 27,157,000 civilian casualties!).”9

Sibylle Plogstedt, editor of the feminist magazine Courage, formulates the argument against women in the Bundeswehr. Plogstedt has doubts about the power women could gain by taking on combat roles: “Experiences in the American army speak very clearly against such hopes. In the barracks, physical assault is the order of the day. 13 female GIs have been raped in Kitzingen, where an American unit is stationed. According to official data, there have been 43 rapes since the beginning of 1980 across all the American barracks in Germany.”10 Furthermore, Plogstedt describes the horrific consequences of nuclear war and feels: “It’s enough. There must finally be an end to soldiering, whether male or female, and an end to war. Rather than racking our brains over what is progressive about pursuing a career as a female soldier, we should be doing everything in our power so that women are represented at disarmament negotiations.”11

1983: Women’s Initiatives Against Women in the Bundeswehr

The peace movement has become a powerful social force. Within the movement, women’s initiatives form that are also partially against greater access to combat roles for women in the Bundeswehr, frequently arguing for woman’s “natural peacefulness”.
Based on similar campaigns in the USA, a women’s resistance camp is set up next to the Hasselbach military base in Hunsrück. The women form a picket, force their way onto the military compound, and disrupt military manoeuvres.12

In December, women from the DGB in Hessen hand the Chancellor Helmut Kohl 60,000 postcards with the inscription “Keine Frauen in der Bundeswehr“ [“No women in the Bundeswehr”].13

All parties – from the CDU to the Greens – continue to oppose greater access to military careers for women. In a further comment in EMMA, Alice Schwarzer criticises: “Women are excluded from professional occupation with the Bundeswehr. And it is exactly this that violates the constitution.” This exclusion goes against “the principle of equal rights and the right to free development of personality” as well as Article 33 of Basic Law (women’s right to access to every public office).“14

The doctor Verena von Weymarn, who joined the Bundeswehr as a medical officer for the air force, becomes the first women in German history to be appointed general on 23 March 1994.15

On 11 January 2000, the European Court of Justice rules that Germany’s exclusion of women from military combat roles violates the EU’s second directive on gender equality, which aims to establish the professional equality of men and women and prohibits “direct or indirect discrimination based on sex”. (verdict of EUGH)

The verdict dates back to a lawsuit brought by power plant electrician Tanja Kreil. After completing her apprenticeship, in 1996 Kreil had applied for a job with the Bundeswehr and had been rejected with reference to the combat role that would have been linked to the post as electrician. She brought a case against the Bundeswehr on grounds of employment discrimination and the associated “combatant status” – or the authorisation to take up a combat role – at the Verwaltungsgericht [administrative court] in Hannover. The administrative court thought it was possible that the case contradicted EU equality directives and referred the case to the European Court of Justice. In the case “Tanja Kriel v. the Federal Republic of Germany”, the court ruled: “The complete exclusion of women from combat roles” is “not permissable”.16

The plaintiff Tanja Kreil was supported by the then parliamentary secretary for the Ministry of Defence Michaela Geiger (CSU) and by the Bundeswehrverband, i.e. the trade union of the Bundeswehr. The chairman of the Bundeswehrverband Bernhard Gertz commented on the verdict as follows: “This was about eliminating the occupational ban. Ms Kreil has written legal history with this verdict. This gives a new impetus to the realisation of equal rights for women in Germany.“17

Public sentiment shifts dramatically: according to a survey carried about by the Forsa Institute between October 1999 and January 2000, approximately 60% are in favour of permitting women to serve in combat roles.18 Even politicians from the Greens and the SPD, who had to date vehemently rejected combat roles for women in the Bundeswehr, do an about-turn in view of increasing public support and welcome the verdict.

In July 2011, compulsory military service is suspended in Germany, and the Bundeswehr becomes a professional army. However, for the so-called Verteidungsfall (i.e., in the event of a defensive war) men are still obliged to carry out a combat role, whereas women – although they may be called on to serve in “civil health and welfare” according to Art. 12a – are “by no means” to “take on a combat role”.

Press Documentation on Female soldiers in the Bundeswehr: PDF-Download

EMMA-articles on Female soldiers in the Bundeswehr: PDF-Download

Motherhood and the Feminine in Patriarchy 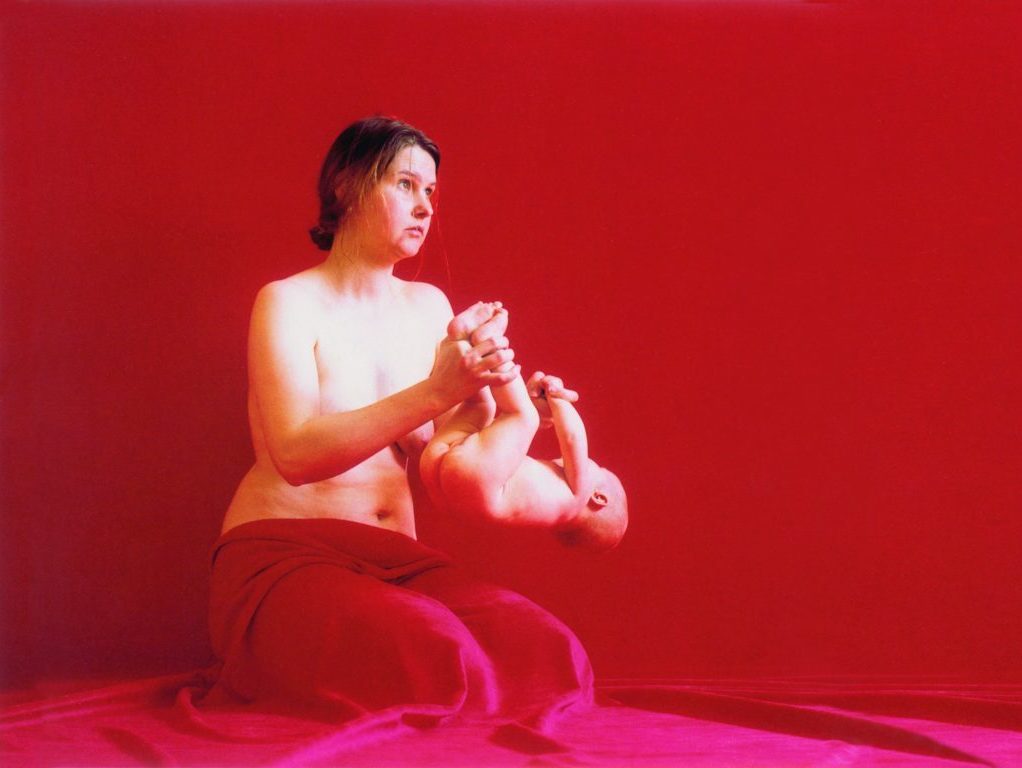 Motherhood and the Feminine in Patriarchy

The women’s movement critisized the hypocrisy of patriarchal society with respect to motherhood: in Germany mothers were glorified, but left alone with their workload. Feminists also questioned the dogma that women had to become mothers to be fulfilled. › mehr

Women Who Work: Housework and Claim for Equal Pay 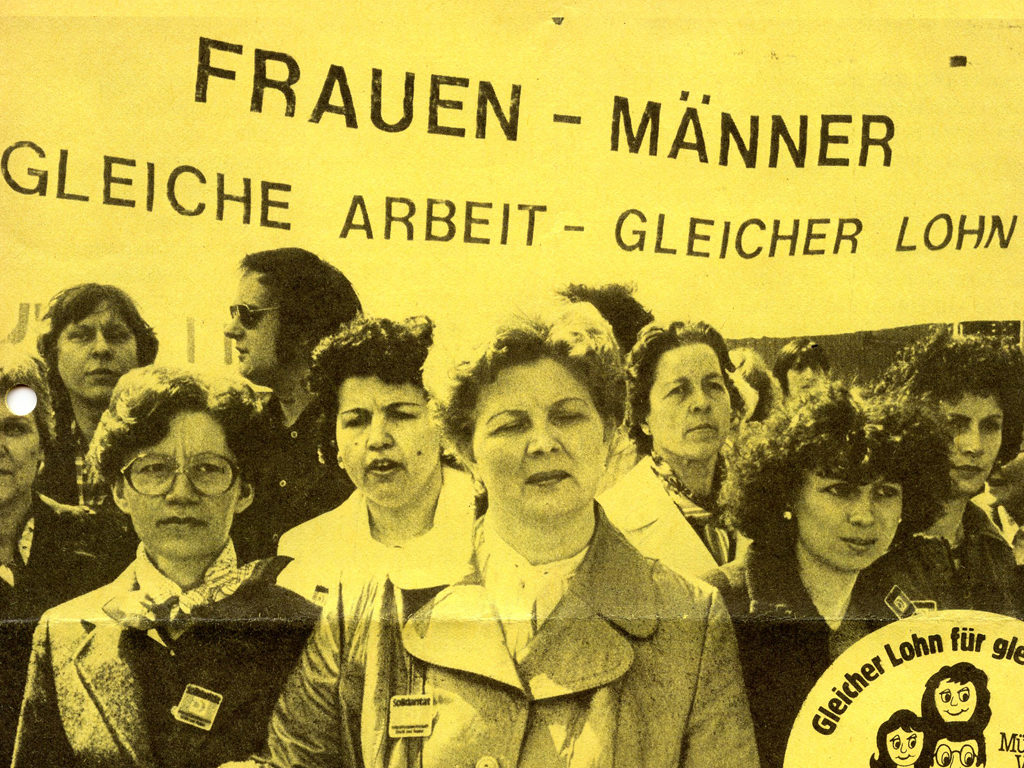 Women Who Work: Housework and Claim for Equal Pay

When the women’s movement started, housework was still by law a woman’s job. Feminists fought successfully for the abolition of this law. › mehr 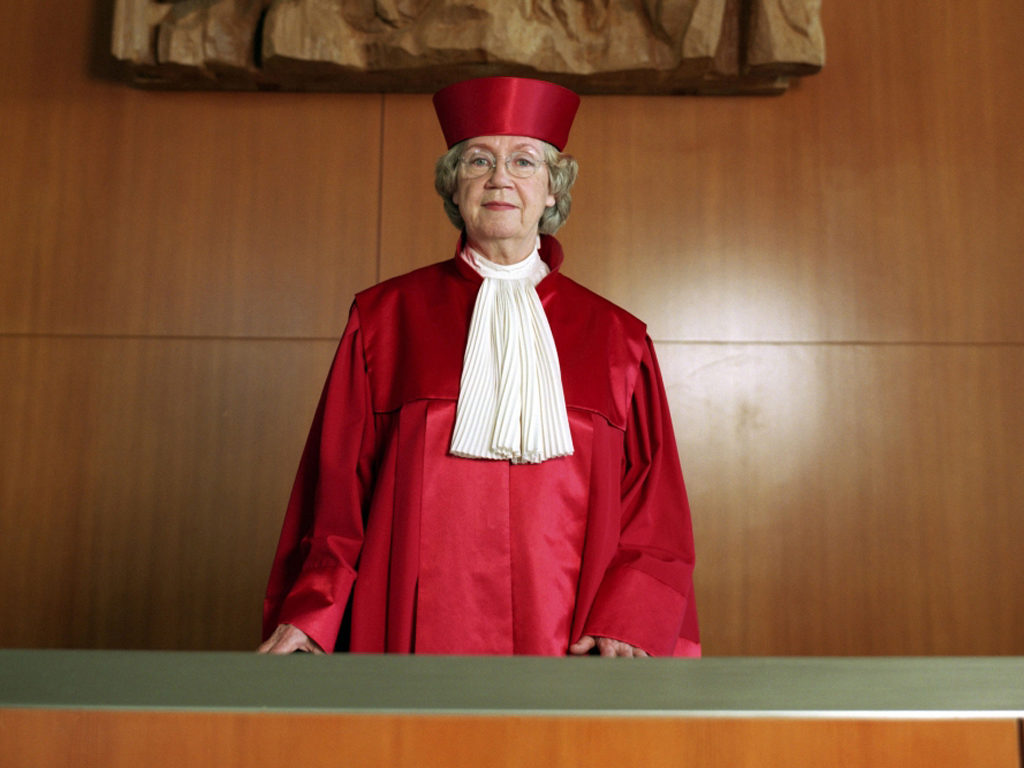 As the women’s movement got under way, law was almost exclusively administered by men. Feminists analyse that there is a “male justice” › mehr